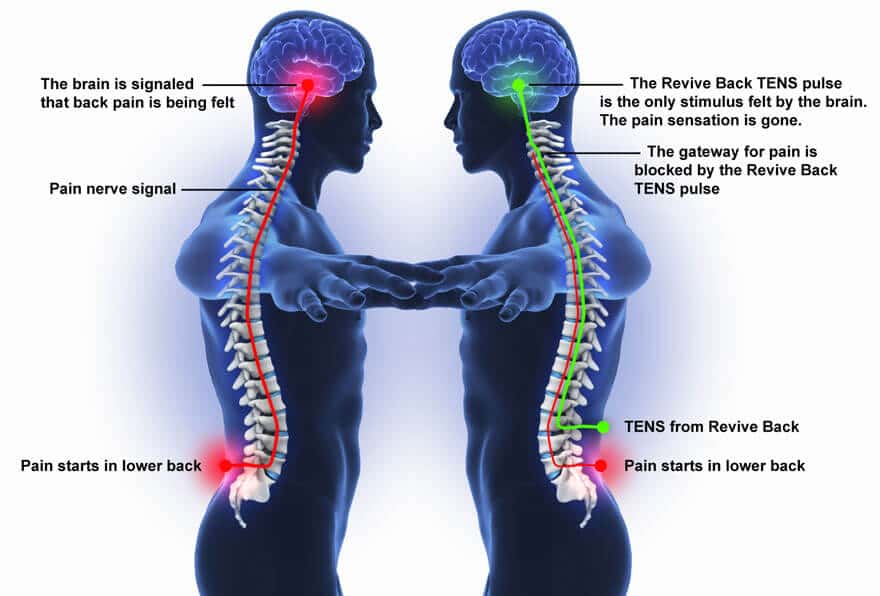 How TENS Therapy Can Help with Neuropathy

TENS (transcutaneous electrical nerve stimulation) is a form of treatment that has been used for neuropathy for about three decades. The treatment involves placing electrodes around the pain site, after which gentle electrical impulses are sent through the skin.

This modulates how pain is transmitted to the brain, while also stimulating dynorphins, endorphins, and enkephalins, which means people can better control pain.

It should be noted that this therapy on its own is generally not sufficient to treat the pain associated with neuropathy. However, many people feel that it is beneficial as a complementary therapy. Treatment usually lasts for around half an hour, and can be repeated daily.

Quick Navigation hide
How Does TENS Work?
Side Effects and Other Drawbacks of TENS
Is TENS Effective?
Other Research on TENS
Summary

How Does TENS Work?

Unfortunately, however, exactly how this treatments works is not quite understood. There are a number of explanations, one of which is that inflammation can be controlled through vagus nerve stimulation. This can prove to be very beneficial for people with rheumatoid arthritis. Additionally, the fact that so many people benefit from it, in so many different ways, makes the treatment incredibly interesting.

Side Effects and Other Drawbacks of TENS

Before deciding whether or not TENS might be an appropriate treatment for yourself, you need to be aware of the fact that it does have some potential side effects. These include:

Because so many people have indicated that they have experienced benefits from TENS, researchers have been very interested in it. They have found that it does have very good short term benefits, but it is not clear how effective it will be for the long term. Many people find that the benefits are only noticed when the electrical stimulation is switched on. A number of different studies have been completed into the treatment, however, including:

Other Research on TENS

If you were to only consider the studies above, it would seem as if TENS is some kind of miracle treatment, even if it is not 100% effective. However, there have also been many studies that have not demonstrated any benefits at all. The issue is that there have now been so many different studies that it is becoming difficult to keep track. Some scientists have therefore started to review the studies that have already been completed, and even those results are inconclusive. Some of the results of such reviews include:

Because people with neuropathy have a significantly decreased quality of life, any treatment that has potential benefits should be considered, particularly if that treatment has few or little side effects. Since TENS can be used at home and is reasonably affordable, it seems worth to try it at the very least. Even if people only experience benefits at first, or only if they have the electrical stimulation switched on, it still provides a period of much needed relief.

It's also important to eat a healthy diet and exercise, as well as giving your body the proper nutrition with the right supplements. Some people Alpha Lipoic Acid and Methyl B-12 as individual supplements, while others use pre-made blends like Nerve Renew. There is no right or wrong way, as along as you get the highest quality ingredients and take them consistently.